Bratislava, located on the River Danube, has been an important hub of Central Europe for centuries. In the 20th century, it was perhaps a little bit in the shadow of nearby Vienna or Budapest, but nowadays charming Bratislava has been rediscovered by travellers from all over the world.

Thanks to its location, in the 16th century, Bratislava became the capital and coronation town of the Hungarian Kingdom. The most important and most famous monarch who was crowned in Bratislava was Maria Theresa.

After the separation of Czechoslovakia in 1991, forming two independent countries of Slovakia and the Czech Republic, Bratislava yet again naturally became the capital of Slovakia, and deservedly so.

This tour is the super way to explore the highlights of Bratislava and several hidden gems beyond Bratislava, including Lednice UNESCO grounds and the nearby winegrowing towns of Mikulov and Skalica, experiencing the real Slovakia.

This trip operates daily, so you can pick a date that suits you. Choose a day between April and October, and we’ll make all the arrangements for you. Just let us know when you want to travel.

Please note that our official rates are in Euros. Other currencies are informative only.

Download the detailed trip notes for everything you could possibly want to know about this trip, including detailed itinerary and full kit list.

To download trip notes, please submit your email address down below.

This holiday is operated by our expert, in-country team at Slovakia Explorer. By booking with us, you’ll benefit from our unrivalled local knowledge and have 24/7 support during your trip.

Our holidays offer unique experiences, which give you an unparalleled insight into Slovakia. During the planning and booking process, we pay attention to every detail of your holiday to ensure your trip is perfect. 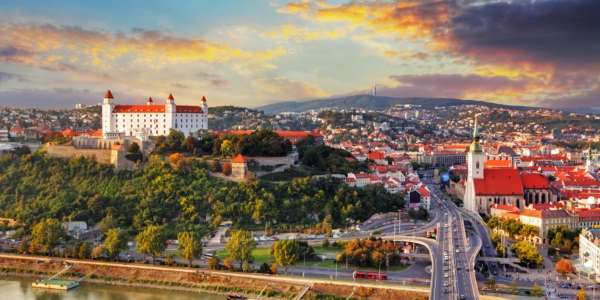